Portrait of a Boy

An acrylic painting I just finished at art lessons. It's an Indian boy from a portrait by Steve McCurry. Hope you like it. 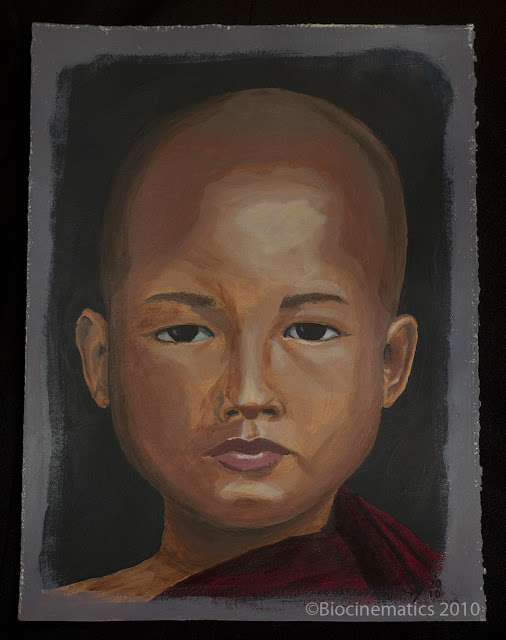 The only hummers I ever want to see

Sorry about the lack of updates. I have been somewhat busy still. I completed a number of training kits and am working on drawing these days. And photography.

There's been a lot of activity at our hummingbird feeder the past few weeks as temperatures have dipped below the zero mark (that's Celsius, in case you're used to Foreign-height - *Oh snap!*). Crazy that these little critters can survive and flourish over the albeit generally mild winters here, when I typically think of them as almost tropical birds. So I decided to try to take some action photos. Standing on the balcony, I realized that there were at least 4 or 5 hummers that I could see or hear engaging in foraging, courting, nest scouting (?) and being territorial. It was quite the experience. 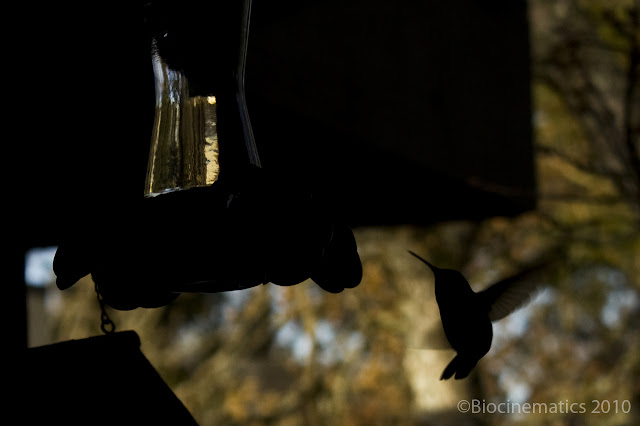 This first shot was entirely accidental. The shutter speed was obviously too high for the aperature to handle, and resulted in quite a nice sillhouette. The part I think I like best about it is that it's almost perfectly balanced in terms of sillhouette and environment (reflection in feeder balancing the bird). Again, it was a swivel and click moment, but I was pleasantly suprised for once. 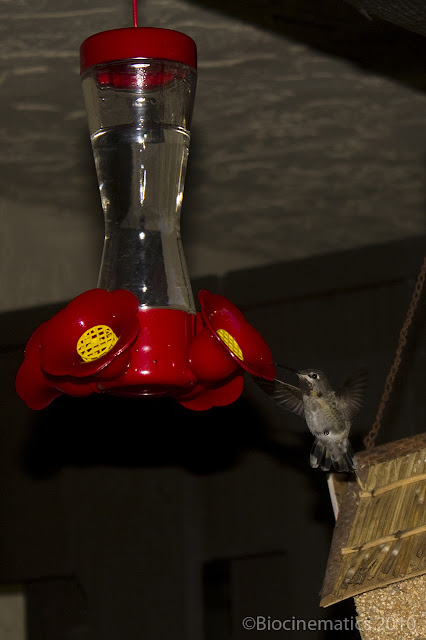 The next one was a bit more carefully planned; I put up the flash (which I usually don't like, but I think it works alright) and managed to get him as he went for the sugary goodness. I also got a few pics of the birds on branches, but they were never close enough to get a good shot with my max length of 55mm. But... I got my new 50mm f/1.4 today! Gonna try it out now. (Yes, I realize that's not longer, that's not what I meant).

I'll try to post up a sketch or two in the next while. I figure December will be crazy, so if you don't see any updates for a while, hopefully you understand.