I am very proud to announce that circa February 2015, I will be a new father! I made this illustration as part of our "facebook announcement", now a 21st century convention it seems. 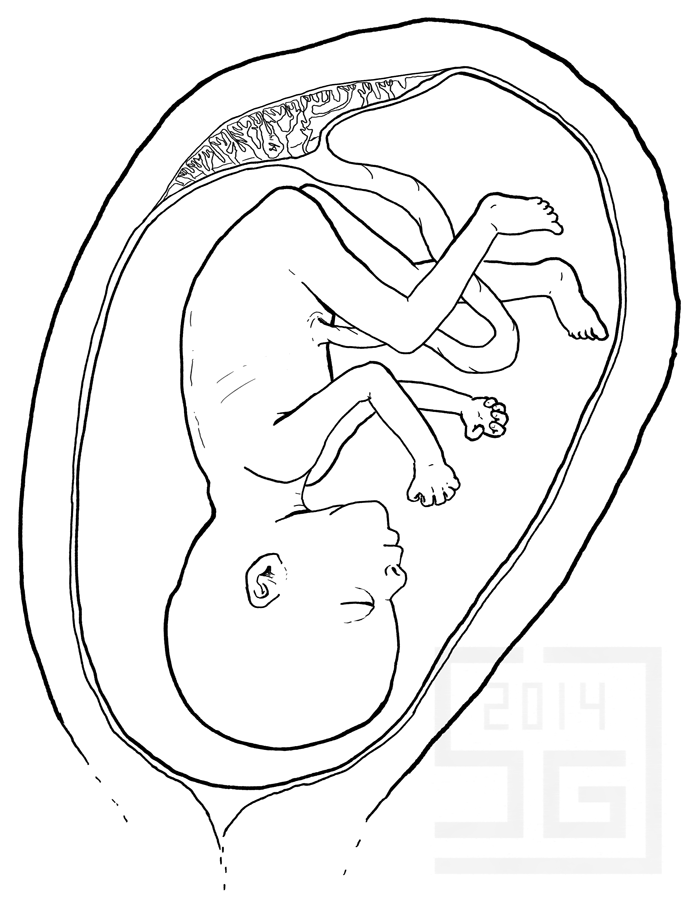 Sketched on paper and "inked" in Photoshop. The fetus was around 17 weeks at the time (now 18!). Obviously I used image refs of other people and ended up using a range of 15-20 weeks. This wasn't intended to be a very accurate illustration, my self-brief was a fun and appealing "medical illustration".
I've been requested to make the illustration into a series as the fetus grows, but we'll see what happens; I may be too busy with other projects which will be revealed soon.