I've continued scripting the neuron builder I started in a previous post. I've had a lot of fun getting this thing working. It's one of the more satisfying things to hit enter and have thousands and thousands of commands execute spontaneously and immediately. I've posted some screenshots on facebook but if you're not on there, I'll drop them here too. 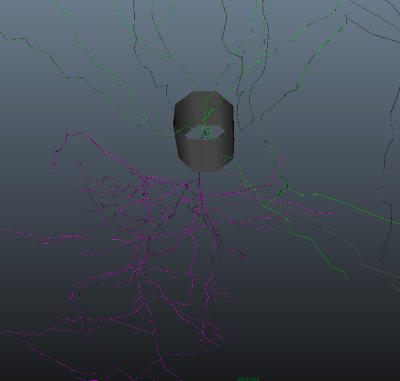 Color coding the various projections and soma based on the neuromorpho standards. 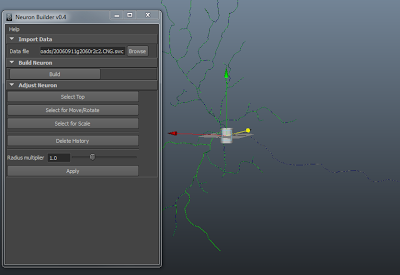 A simple interface to start off with. 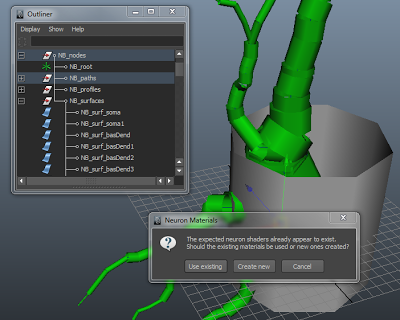 Organize the hierarchy with some simple naming conventions and check if materials already exist so the hypershade doesn't get cluttered up unecessarily. 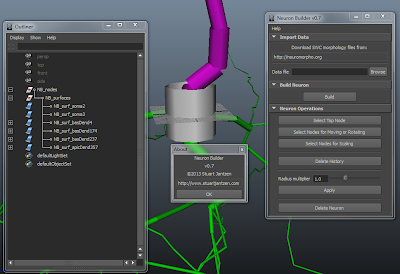 Clean up the interface and add a link to hypothetical documentation in the help menu. 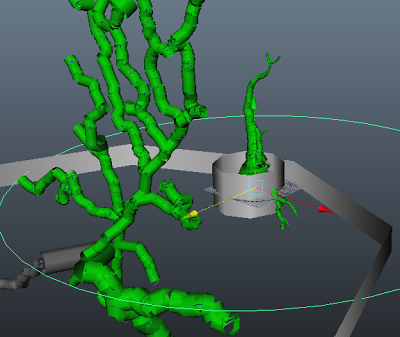 Add a radius multiplier to beef up tiny tiny dendrites. In retrospect, this wasn't that necessary, but it was a good exercise in learning some MEL. 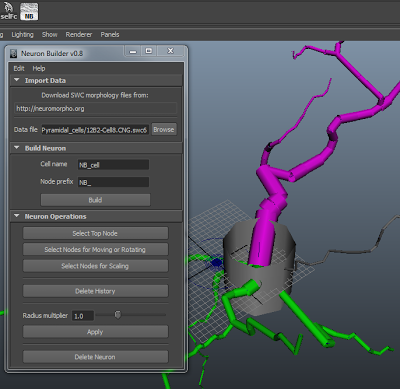 And the current state of the situation. I've added the ability to input your own names and prefixes. There are some known issues and bugs, so I won't release it to the public yet. I'd also like to implement some more functionality to make it that much more useful. Right now it's little more than a way to get the data into the scene to use as a template. I would like it to generate usable curves and perhaps even geometry.

This is a piece I created for the information visualization class I'm taking. I won't really explain it because if I've done my job, it's self-explanatory, at least with the text on the piece itself (as long as it's big enough to read). 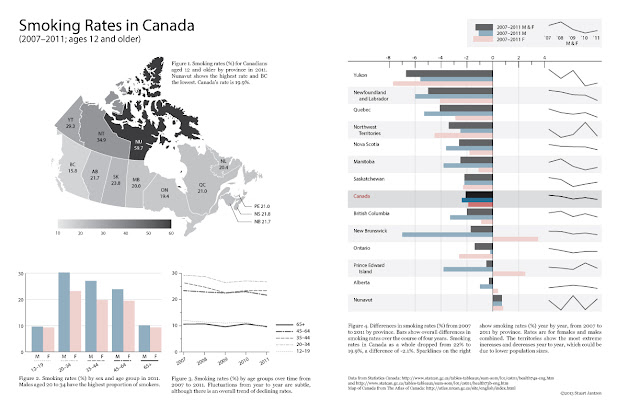 My supervisor showed me a type of data in a simple text format that encodes the branching structures of neurons. He thought it would be interesting to try to create a script that would import this data into Maya and build a 3D representation of it. I thought that was a neat challenge, since I was already trying to develop ways to procedurally model neurons.

This is where I'm at so far, creating simple cylinders from the data: 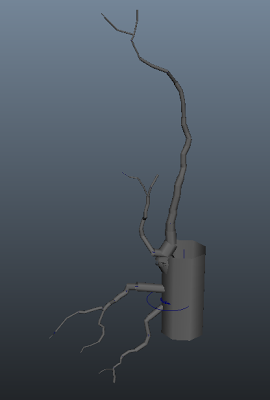 This is a section of the code. It's a bit tedious switching back and forth from MEL to Javascript for Unity, but I keep learning new things, and it's always satisfying to click a button and have hundreds of commands executed instantaneously. 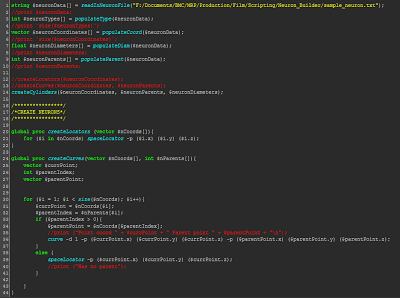 I've rendered out the first shot (not the shot that comes first in the animation). Here are a couple of stills from it. I aimed for a high-key, clean laboratory feeling. Despite rather lengthy render times, I ended up with some aliasing problems, so I'll likely be re-rendering at some point in the future. For the time being, I'm moving on to the next shot so I can continue getting assets completed. 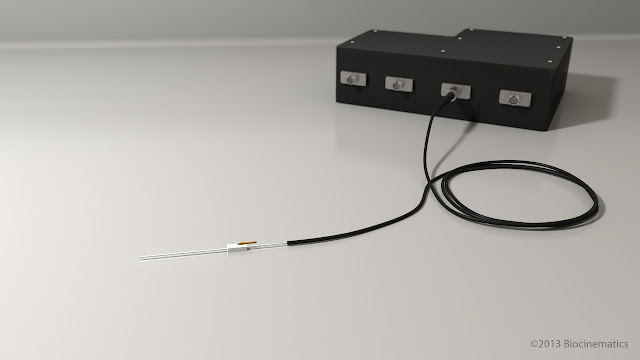 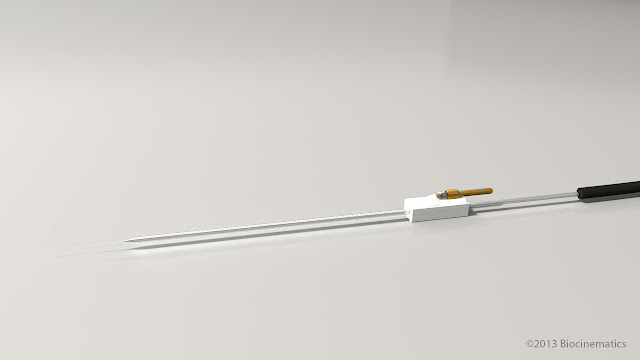