And some legs. The front, middle, and rear leg pairs are all slightly different structurally, so I will be duplicating the front legs and tweaking the shapes to fit my reference images. 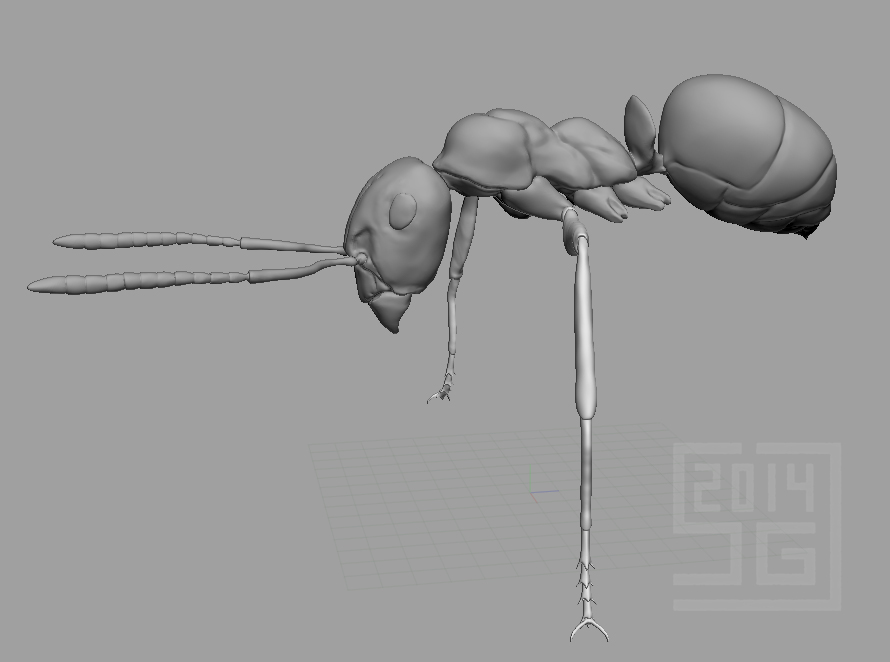 Would you believe I'm still working on my book cover? Turns out xgen for maya isn't tremendously user friendly or intuitive or stable at this point. I'm also moving this week... so I'd really love to get it down. We'll see. Turns out I'm not willing to compromise on the book cover, nor publish with a placeholder. Nor was I able to perform a quick and elegant execution. So, as with so many indie developers, it'll be released when it's done. My hope is that although the world isn't awaiting this release with bated breat, some of this delay may increase excitement? I'm not sure.

Email ThisBlogThis!Share to TwitterShare to FacebookShare to Pinterest
Tags: Sculpting

This is the real version of the ant model. The anatomy is much more accurate (I hope) than last time. Note the five segmented gaster, the lack of separation between scape insertion and clypeus, the emarginate thorax, and the divergent frontal carinae. Any guesses as to the species? I might have already mentioned it.

Still lots of work to be done, but I'm learning a lot about sculpting and ant anatomy, that's for sure.

As for my book, well the formatting is complete, and I'm working on the cover, so it should be published this weekend.

I'm creating a large surface that I want to have very fine noise. I made a fractal texture and got a style of noise I was fairly happy with. However, to get the scale right, I needed to increase the repeatU and repeatV a ton, around 800. This creates obvious and ugly repeats.

A quick google search led me to this blog post: http://www.sigillarium.com/blog/lang/en/318/
The author describes using two animated fractals (animated just to get two different values) as input to the translateU and translateV of the original fractal. I tried a couple variations of this, but the biggest problem I found was that it destroyed the integrity (shapes) of the original fractal I created. Sometimes it made weird swirly noise, other times it just created tiny random noise.

After thinking about it a bit, I decided to pipe the outAlpha of a simple fractal into the time attribute of my crafted fractal with animated checked on. This resulted in a variation of the evolution of the fractal over the surface and really reduced any noticeable repetition, while largely maintaining the "structure" of the original fractal, because it is just evolving different parts of the surface to different times. 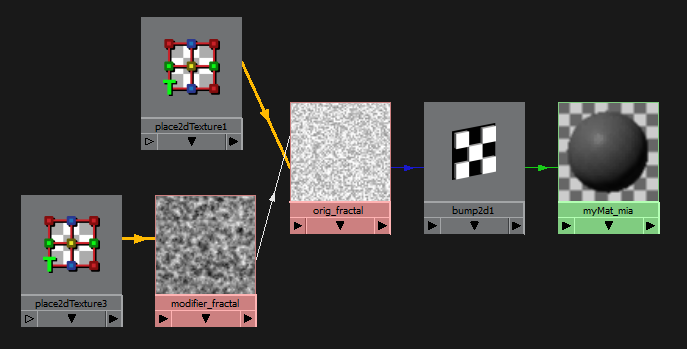 Hope that helps someone out and thanks to Sigillarium for the foundation of the idea.